Becky Lynch is trying to be involved in WWE capacities as much as possible even after going into a hiatus aka motherhood vacation. She is one of the top superstars that WWE used to have and it’s pretty usual that the company would like to use her for different purposes apart from involvement in wrestling activities.

Becky Lynch recently had a conversation with Charlotte Gibson of espnW to promote WWE’s partnership with the Special Olympics. She discussed her pregnancy and stepping away from in-ring competition while residing at the top of her game. She admitted that it’s a tough decision to take starting a family at this point was the rightmost decision for her.

“Well, it’s tough because I’ve given my whole life to wrestling and to moving forward in my career,” Lynch said. “But this was a choice that, for me, felt like the right one. Because it is wild that a lot of women still have to choose between their athletics or a family.

And I didn’t want to have to choose that. For me, this was the right time to go and start a family, something that I’ve always wanted to do. And so I feel like I’ve achieved nearly everything I could achieve in wrestling.

I think there’s nothing more important than family. And I’m so excited to experience that and to have this other person that is half me and half the love of my life that I get to show love.”

The general belief is that Becky Lynch is 33-year-old and there could be complexities in the future if she wants to become a mother. So she didn’t want to make a delay in the process especially when there are examples available in WWE where female athletes can balance between pro-wrestling career and motherhood. Becky Lynch took names of current RAW Women’s Champion Asuka, Mickie James, and Lacey Evans on looking up to as these female locker room members have balanced in motherhood and their careers.

“Bringing it closer to home, I’ll talk about the mothers in my own line of work: WWE superstars Asuka, Mickie James, and Lacey Evans. They’ve all proven that you can do both,” she said.

The Man was then asked about the inevitable question of returning to in-ring competition once she gives birth to her first baby. As examples set by the above-mentioned superstars she named before, she’s eager to do the same in the future. Becky Lynch said this is something she’s always envisioned where women would have that equality with men, 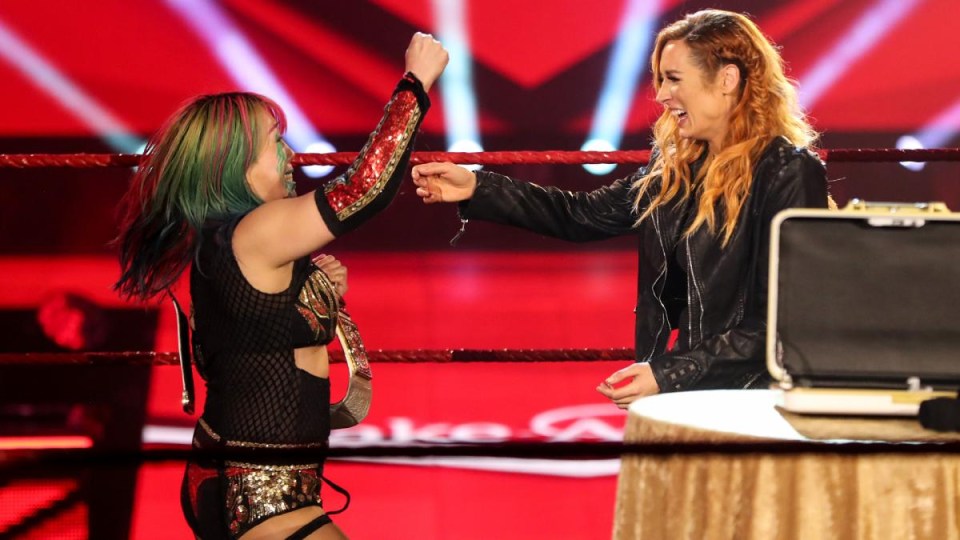 “That’s something that I’ve always preached and wanted women to have that equality,” Lynch said. “And of course, to be on the level with the male performers and be on the same level in terms of pay, in terms of treatment.

But also, this kind of goes hand in hand where a guy can go and have a kid and doesn’t have to miss a beat in his career. Unfortunately, we do.

But that’s also a fortunate thing because we get to experience things that they never will, but also it just doesn’t mean that it’s got to be the end for a career in any line. And I think a lot of people have proved that, and I hope to join them.” 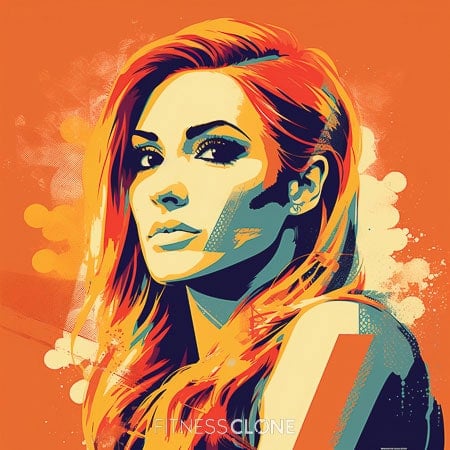 The Mom continued to she has plans to return to the WWE ring as soon as possible after delivering the child. It’s something that she’s thinking from right now, although that is a long time away from now.

“Yeah. It’s one of those things where I know what I feel and think as a person without a child,” Becky Lynch said. “I don’t know what that’s going to look like when I do have one, and that’s my priority. I’ll tell you, it’ll give me more motivation than ever, I could imagine. But this isn’t the end of me, one way or the other.”

Becky Lynch and her fiancée Seth Rollins are expecting their first child in December and hence it’s not possible to see Lynch back in action at least in 2020.